This week, we're finishing our six-part review of Justice Garman's tenure by taking a closer look at her authored opinions.

Through the end of last week, Justice Garman has written 107 majority opinions and 28 dissents. 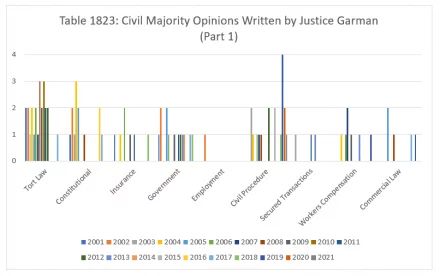 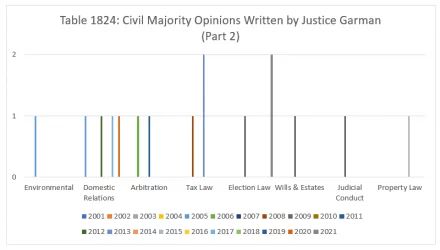 Justice Garman has written eight dissents in tort cases.  She has written six dissents in government and administrative law cases, six in civil procedure cases, three in domestic relations cases, two each in workers compensation and constitutional law cases and one in an employment law case. 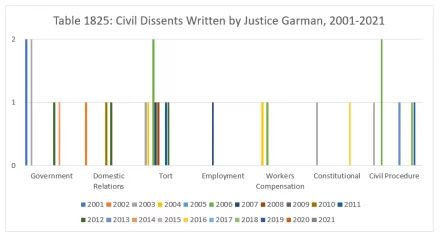 Join us back here tomorrow as we conclude our review of Justice Garman's tenure.