This time, we're reviewing the data on how frequently Justice Garman has voted with the majority during her tenure.  If you're comparing this data to earlier posts, note one difference – here, we are looking at the entire civil and criminal caseloads, including unanimous decisions, rather than asking the percentage of divided decisions in which Justice Garman joined the minority.  Since the Supreme Court's unanimity rate is nearly always quite high, we would expect the numbers to be in ninety-percent range. 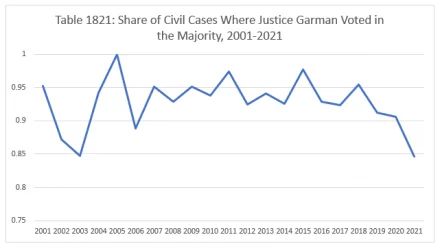 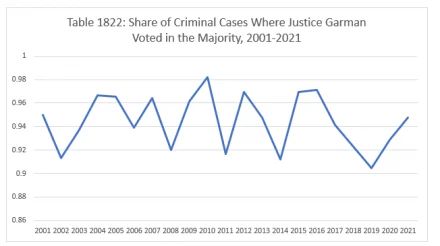 Join us back here next week as we conclude our six-part post on Justice Garman's tenure.