In line with our goal of maintaining industry leadership while constantly positioning ourselves as the 'Firm of the Future', the Partnership has approved the admission of Mr. Chinedum Umeche, Mrs. Ayodele Adeyemi-Faboya and Mr. Akindeji Oyebode into the firm's partnership, with effect from May 1, 2021.

This development, which brings the firm into a 15-man partnership, reaffirms our culture of organic growth and further enhances our continuing quest to be the foremost Nigerian legal services and business solution provider.

The three new partners are drawn respectively from our Litigation, Arbitration & Alternative Dispute Resolution; Corporate, Securities and Finance; and Energy & Natural Resources practice groups, where they have been Team Leaders since January 2017, coordinating some of the firm's complex, groundbreaking and multijurisdictional transactions, as well as intricate domestic and cross-border commercial dispute resolution.

They exhibit the right skills and the right culture defining our foundation and aspiration and necessary for the long term success of the firm. We are confident that bringing them on board the partnership will put us in the right place to support our clients when they need us most.

At B&I, we nurture our talents through the relevant stages of development into the highest echelons of leadership and professionalism, and we retain top talent in the legal industry by constantly rewarding hard-work, productivity and excellence in our workforce. 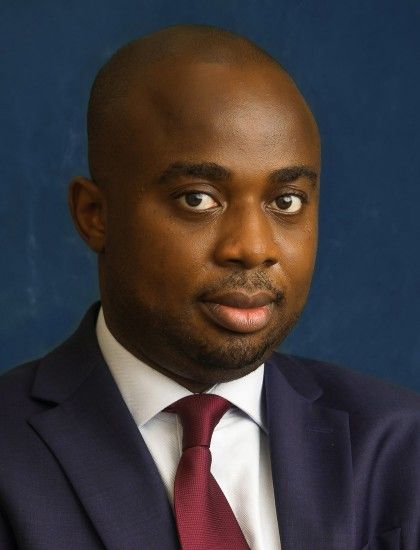 Chinedum Umeche is a seasoned dispute resolution expert, with years of experience handling commercial litigation and arbitration matters for a wide spectrum of domestic and international clients across several industries including energy, financial services, FMCG and telecommunications.

He joined the firm's Litigation, Arbitration & ADR Practice Group in 2010 and rose through the ranks to become a Senior Associate in 2016. He was later appointed Team Leader in January 2017, a position he retained until his admission into partnership.

Chinedum graduated from Ebonyi State University in 2006 and was admitted to the Nigerian Bar in 2007. He is a Fellow of the Chartered Institute of Arbitrators (UK). In 2016, he participated in the International Lawyers for Africa (ILFA) programme and was seconded to King & Woods Mallesons' Dubai office. He has published several articles on a wide range of legal issues in reputable international and domestic law journals, including the Commonwealth Law Bulletin and Arbitration International, the flagship journal of the London Court of International Arbitration. Since 2018, he has been ranked in the "Next Generation" lawyer category of The Legal 500 – a leading global research, ranking and publishing firm.

Chinedum has earned the respect of his clients and has been described as a lawyer with "very strong dispute resolution skills and a strong sense of urgency".

He enjoys his leisure time with family and friends and also loves writing, as well as reading interesting law and non-law pieces. Ayodele Adeyemi-Faboya joined the firm in 2011 and has been an integral member of the firm's Corporate, Securities & Finance (CSF) Practice. A versatile and resourceful lawyer, she was until her admission into partnership a Senior Associate and the Team Lead of the firm's CSF practice group; a position she had held since January 2017.

Ayodele has extensive experience covering Corporate Commercial law, Corporate Governance and Regulatory Compliance, Mergers and Acquisitions, Project Finance and Development, and Funds; and routinely provides transactional and general legal advisory services in these areas. She has been involved in many of the firm's complex, multimillion dollar and multijurisdictional transactions; and her clients span a wide range of sectors and industries.

Exceptionally brilliant and hard-working, Ayodele graduated with a First Class Honours from the University of Ibadan in 2007 (LLB) and was called to the Nigerian Bar in 2008. She later proceeded to the prestigious University of Cambridge, UK, where she completed her postgraduate studies with honours in 2010 (LLM) and served as vice president of the Cambridge University Nigeria Society. From July to October 2010, she was a Mini Pupil at the Inner Temple Pegasus Trust, London, UK, where she gained experience working with some of the UK's top commercial litigation firms. Ayodele also successfully participated in the keenly contested ILFA Flagship Secondment Programme in 2017 and was between September and December of that year seconded to the London office of Clifford Chance LLP as an Associate in the Private Equity and Project Finance departments. She is a Commonwealth Trust Scholar as well as a Pegasus Scholar.

A well-rounded personality with a taste for social life and passion for service and leadership, Ayodele enjoys horseback riding, cheerleading and bargain hunting outside of the practice of law. Akindeji Oyebode joined the firm in 2008 after undertaking an internship position with the firm in 2006. Prior to being admitted into partnership, he was a Senior Associate and Team Lead of the Energy and Natural Resources Practice Group, a position he attained in 2017.

A versatile energy lawyer, he routinely advises Nigerian and international clients on all aspects of oil, gas, power and financing transactions. He also regularly facilitates trainings and webinars in his field of expertise.

Akindeji climbed up the partnership ladder exuding the right mix of skills and experience. He was ranked as a "Next Generation Lawyer" in the Legal500 2017 rankings, and has been ranked by numerous local and other international legal directories. He has attended various professional trainings in contract negotiation, energy, taxation and finance-related fields in Nigeria and the USA, and has a mini MBA in Power & Electricity facilitated in 2013 by Terrapinn in Dubai, United Arab Emirates. He was a Visiting Associate at the offices of Baker & McKenzie in South Africa from November 2015 to December 2015.

He brings a great burst of energy to social relations, as he does on his job. When Akindeji is not at work, he enjoys playing and watching soccer, watching tennis, spending time with family and friends, and travelling.