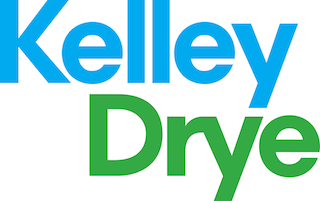 United States: Another Arrow In The Quiver: ROSCA As An Alternative To 13(b) In Obtaining Monetary Relief

There are some really smart lawyers at the FTC.  For over 40 years, they were able to convince the federal judiciary (and, let's face it, most of us) that the FTC had an authority that a unanimous Supreme Court in AMG Capital Management concluded it did not have.  Following the decision, there has been a good deal of crowing by parties that are currently or regularly adverse to the FTC.  But as we wait and see whether Congress might act to provide new statutory language (you can't restore what the Supreme Court concluded never existed), one thing is abundantly clear:  the FTC is not going to sit by idly.

If you thought otherwise, you have not been paying attention.  We have been told to expect more Section 19 cases, stepped-up rulemaking, collaboration with State Attorneys General, the dusting-off of the FTC's Penalty Offense Authority, and reliance on other statutes enforced by the FTC that provide for civil penalties up to $43,280 per violation.

This week, with the announcement of the MoviePass  settlement, the FTC made good on its word.  In its  complaint, the FTC alleged that MoviePass "violated the Restore Online Shoppers' Confidence Act (ROSCA) [which] requires that firms be truthful with consumers when marketing negative option services—such as subscriptions—over the Internet."

Republican Commissioner Christine Wilson agreed with her Democratic counterparts.  In her  concurring opinion, she conceded that post-AMG, "the temptation to test the limits of our remaining sources of authority is likely to be strong."  Nevertheless, she supported the Commission's action, while acknowledging that the settlement is the first time the Commission alleged a violation of ROSCA when the "undisclosed material terms do not relate specifically to the negative option feature but, instead, to the underlying good or service marketed through the feature."  In her view, MoviePass's conduct is consistent with congressional intent. She further noted:

Given the inaugural use of ROSCA for this purpose, it is appropriate that the Commission is foregoing civil penalties.  Businesses need predictability about the manner in which laws will be enforced and should be afforded the ability to contest new uses of authority. This case will serve as notice to the market, and future violations of this type may warrant civil penalties.

Her Republican counterpart was not convinced.  Commissioner Noah Phillips, in his  dissenting opinion, stated his concerns.  First, he noted that one of the benefits of establishing liability for a rule violation is to obtain a penalty, and here, with MoviePass and its principals in bankruptcy making this a no-money order, "our announcement of sweeping new liability and introduction of a lack of clarity to the market about required disclosures . . . is ill advised."  Second, "the statutory interpretation pushed by the Commission in this case is far from obvious."  And third, the Commission failed to define standards for "material terms" and, without any guidance, companies may continually be at risk for a post hoc civil penalty.

In his conclusion, Commissioner Phillips recognized that the Commission's decision to apply ROSCA broadly and expand its reach "comes just weeks after the Supreme Court's decision in AMG" but he does not believe that the FTC's "loss of authority under one statute somehow creates authority elsewhere."

Back in January, during oral argument in AMG, Justice Kavanaugh touched on the temptation to interpret statutes broadly to achieve an end:

I worked in the Executive Branch for many years, so I understand how this happens.  When you are in the Executive Branch or an independent agency, you want to do good things and prevent or punish bad things, and sometimes your statutory authority is borderline.  And it could be war policy or immigration or environmental or what have you, but with good intentions the agency pushes the envelope and stretches the statutory language to do the good or prevent the bad.  The problem is this results in a transfer of power from Congress to the Executive Branch to decide whether to exercise this new authority.  That's a particular concern, at least for me, with independent agencies.  So – and why isn't the answer here for the agency to seek this new authority from Congress for us to maintain the principle [of] separation of powers . . . ?

Well, Mr. Justice, the Commission can do both.  With MoviePass, the envelope is being pushed.  And later today, the House Energy & Commerce Committee will mark up H.R. 2668, the Consumer Protection and Recovery Act, which would authorize the FTC to seek permanent injunctions and other equitable relief, including restitution and disgorgement, to redress perceived consumer injury. The legislation is likely to move through the House and to the Senate, where its fate will be decided.